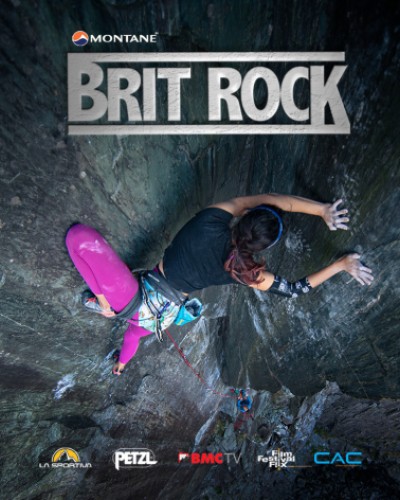 Britrock is back with a selection of 3 fantastic films:

Queen Lines (25 mins): This film follows the remarkable visit to the UK of US climber Anna Hazelnutt. They set themselves the challenge of a one-day ascent of the coveted Quarryman in North Wales and the first female repeat of the notorious Walk of Life at Dyers Lookout in Devon. Anna blows the lid off a normal trad climbing progression. Join us on this breathtaking and hilarious quest, experience the highs and lows then witness some truly impressive climbing.

Ephemeral (55 mins): Ephemeral is a brand new production for 2022 by adventure filmmaker Alastair Lee. The Scottish winter climbing scene is something Alastair has always looked at with admiration and this season Alastair could no longer resist the challenge of making a production that captured the unique spirit and stunning environment of Scottish winter climbing.
The results are now in and after one of the toughest projects he has ever undertaken the feeling amongst all the crew and climbers is that there is something pretty special in the can.